Book Review- The Third to Die by Allison Brennan

I am happy to share by stop on the Book Blog Tour for #partner Harlequin with my review for The Third to Die by Allison Brennan.

New York Times bestselling author and gifted storyteller Allison Brennan’s new standalone thriller features a troubled female police detective and an ambitious FBI special agent who wind up at the center of a ticking-clock investigation into a diabolical serial killer.

Brennan’s novel will launch a book-a-year series featuring a fabulous cast of recurring characters. It’s the story of a troubled female police detective and an ambitious FBI special agent who wind up at the center of a ticking-clock investigation into a diabolical serial killer; and the bond they forge in this crucible sets the stage for the future books in the series.

Detective Kara Quinn is visiting her hometown of Liberty Lake, Washington, after being placed on administrative leave by the LAPD, when she comes upon the mutilated body of a young nurse during an early morning jog. The manner of death is clearly ritualistic; she calls it in. Meanwhile back in DC, special agent in charge Mattias Costa is meticulously staffing his newly-minted Mobile Response Team. One of his first recruits is the brilliant FBI forensic psychologist Catherine Jones. When word reaches Matt that the Washington state murder appears to be the work of the Triple Killer–it will be the first case for the MRT. Jones has done the only profile on this serial killer, but she is reluctant to join the unit, still shaken by the death of her sister a year ago under circumstances for which she holds herself responsible. But only she holds the key to understanding the killer’s obsessive pattern–three murder victims, three deep slashes a piece, each three days apart, each series beginning on a March 3rd–3/3, then a three-year hiatus before he strikes again.

This time they have a chance to stop him before he claims another victim strikes, but only if they can figure out who he is and where is is hiding.

The Third to Die is the First Book in the Mobile Response Team Series and also my first book by Allison Brennan.

FBI Agent Mattias Costa is the head of the mobile response team and this book had me hooked from Page 1! I could not put it down!!!

This book was unbelievably well written. A police procedural but ticked all the boxes for me as a thriller. Every word in this book is well crafted. I needed to know what was going to happen next, I felt it in my core.

The plot was so well written and perfectly paced with engaged, well developed characters.

I seriously can’t wait for the next book in this series while I go looking for this author’s back list. 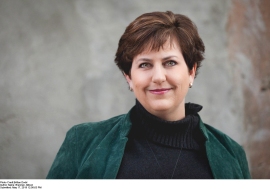 Allison Brennan is the New York Times and USA Today bestselling and award-winning author of three dozen thrillers and numerous short stories. She was nominated for Best Paperback Original Thriller by International Thriller Writers, has had multiple nominations and two Daphne du Maurier Awards, and is a five-time RITA finalist for Best Romantic Suspense. Allison believes life is too short to be bored, so she had five kids. Allison and her family live in Arizona. Visit her at allisonbrennan.com 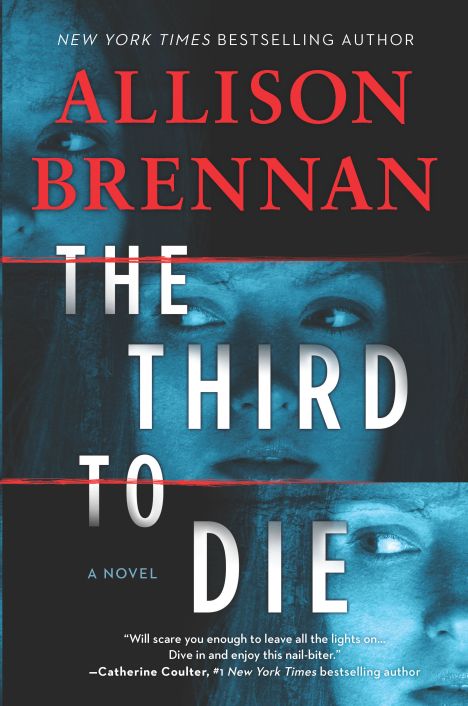